Review copy courtesy of the author

This is the story of Peter, a Cambridge geography don who crashes his car into a tree stump when swerving to avoid a cat, and Mina, the girl at the Sheffield call centre who deals with his insurance claim. It tracks their parallel lives, as well those of their families – because both Peter and Mina are single parents.

An old-fashioned fairy tale of love across the class divide, it is also a book about the small joys and tribulations of parenthood; about one-ness and two-ness; about symmetry and coincidence; about the things which separate us and the things which bring us together.

I know you’ve heard that saying, “Don’t judge a book by its cover.” This is a book that epitomizes this statement. I also would like to assure you that the actual book is NOT as pink as the picture above.

END_OF_DOCUMENT_TOKEN_TO_BE_REPLACED

Read for Picador Book Club:
Picador’s Twitter Account
The discussion of this book
Note: Due to some technical difficulties, not all participants, including myself, were recorded by Twitter.

“Last December a woman entered my apartment who looked exactly like my wife.”

So starts the story of Dr. Leo Liebenstein and his search for his “real” wife Rema. However, it’s not that easy.  As the reader comes to discover, reality is in the eye of the beholder. Is Rema really an imposter? Or is Leo having a crisis such that he can no longer recognize what he once took for granted? That what he has known all along is no longer the same. People change. But in his eyes, she is so different, she has to be another person altogether.

END_OF_DOCUMENT_TOKEN_TO_BE_REPLACED

Review: Into the Beautiful North by Luis Alberto Urrea

Nineteen-year-old Nayeli works at a taco shop in her Mexican village and dreams about her father, who journeyed to the US to find work. Recently, it has dawned on her that he isn’t the only man who has left town. In fact, there are almost no men in the village–they’ve all gone north. While watching The Magnificent Seven, Nayeli decides to go north herself and recruit seven men–her own “Siete Magníficos”–to repopulate her hometown and protect it from the bandidos who plan on taking it over.

I have to admit I don’t think much of the synopses put on jackets or on book flaps. The above is accurate, but I found it an over simplification of the story Urrea tells.

Nayeli is young, and in search of help, but more so of hope and answers. Sometimes what you’re looking for isn’t where you find it. And more often than not, it finds you. Even the truth, how you see it, isn’t what you expect when seen up close. Most adults, or at least those who have truly matured, will tell you it is how you respond to the revelation that defines the person you become.

END_OF_DOCUMENT_TOKEN_TO_BE_REPLACED

The Alienation of Holden Caulfield 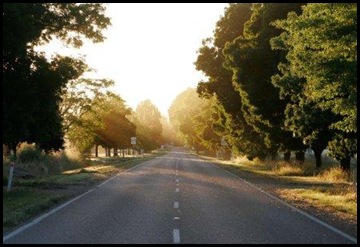 Catcher In the Rye. A book that is a required read in many school curricula. Recently, an article by Jennifer Schuessler titled, “Get a Life, Holden Caulfield” appeared in the The New York Times.

After reading it, I was left with a few questions and thoughts.

Holden no longer the “paradigmatic teenager”

The premise of the article is that Salinger’s Holden Caulfield “may be losing his grip on the kids.” Apparently, today’s youth are not connecting to Holden in a way that justifies keeping Salinger’s book on the required reading list.

Teachers say young readers just don’t like Holden as much as they used to. What once seemed like courageous truth-telling now strikes many of them as “weird”, “whiny”, and “immature.”

As our society increases its pace through the generations, is the result a more jaded youth?

END_OF_DOCUMENT_TOKEN_TO_BE_REPLACED First let me thank everyone who left a comment and/or entered to win a copy of Jeffrey Eugenides’ The Virgin Suicides. I can’t tell you how much it makes me smile to see how many people love to read. It does my heart good!

For those of you who haven’t read Eugenides’ Middlesex, and are also members of LibraryThing (or not…it’s easy to join), there is a group of us who will be reading it in four stages over the next month. The first stage begins this Saturday the 20th. Please visit us and consider participating.

Now for the winner.

According to http://www.random.org/: Teabird (aka Melanie)!

According to her blogger profile, Teabird is a librarian. How cool is that? She also has two lovely blogs, both of which I enjoy and follow. The first is called Read Along With Teabird, the other Tea Leaves.

Please stop her blogs if you have a chance.

And congratulations Melanie, the book is on its way!