Who is your favorite female lead character? And why? (And yes, of course, you can name more than one . . . I always have trouble narrowing down these things to one name, why should I force you to?).

I cannot narrow this down to one name. So, being the ‘brat’ that I am, I will take an entirely different tack.

My favorite female character…well…has character. But she is not perfect. Many times she recognizes her weaknesses and works with them, or she discovers what they are and learns to overcome them. She is not always likeable, yet earns my respect none-the-less.

She possesses a self-confidence, which gives her the strength to face nearly every obstacle she faces. None of us are emotionally unbreakable, nor do we win every endeavor tried. I like to see this same understanding at some level in her character. That she knows how fallible she is, but goes on anyway, as if she will never be hurt again, as if even in losing there is something to be gained.

And most importantly, she is unforgettable. Which is, of course, how she becomes my favorite; her name, her actions, and her life are not ones I can easily set aside. She lingers always to remind me that there is someone, albeit fictional, who lives a life I cannot, except through those words on a page, which I return to from time to time revisiting her like an old friend. 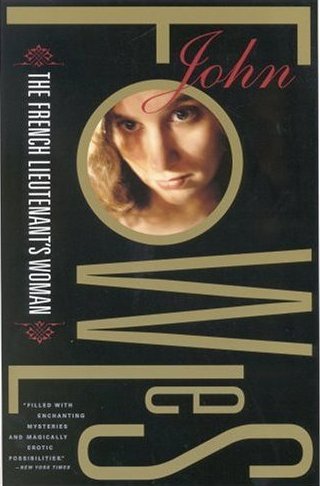 The Victorian age was rarely kind to strong-willed, self-possessed women. Many who displayed these traits and refused to submit to the standards of the day, were often thought ‘mad’; to the Victorians, it would be the only explanation for such outrageous behavior.

This struggle was clearly reflected in the character of Sarah Woodruff:

…it was an unforgettable face, and a tragic face. Its sorrow welled out of it as purely, naturally and unstoppably as water out of a woodland spring. There was no artifice there, no hypocrisy, no hysteria, no mask; and above all, no sign of madness. The madness was in…the lack of reason for such sorrow; as if the spring was natural in itself, but unnatural in welling from a desert.

As she, and we the reader, come to discover – some struggles teach us things about ourselves we could not have learned otherwise:

I do not wish to marry because…of my past, which habituated me to loneliness. I had always thought I hated it. I now live in a world where loneliness is most easy to avoid. And now I have found that I treasure it. I do not want to share my life. I wish to be what I am, not what a husband, however kind, however indulgent, must expect me to become in marriage.

If it were not for the use and tone of her language, this explanation could be given by any woman today. But in Victorian times, this was, to many, ‘madness’. It must also be noted that men also had their cross to bear in terms of their behavior, and what was expected of them in regards to women and marriage. This story is not only about the relationship of a man and a woman – but of the struggle each have in attempting to gain their freedom from the demands of society. Again, a sentiment shared today by many who want to live as they wish, not as they are expected to do.

I wish I could say that this is a great book and that I would recommend to others. But I cannot. There have been very few books which I have ever failed to, or struggled through, in order to finish – unfortunately, this book was one of them. I tried. I really tried.

One problem I had, was that scattered among the beautiful phrases and passages, were words little used, or so archaic, I was continually referring to my Webster’s Encyclopedic Unabridged Dictionary of the English Language. Now as you may note from my tone, I feel quite confident in my understanding, and use, of vocabulary. However, I found it very inconvenient being forced to refer back to a dictionary the size of most household pets. Let’s just say that it is not conducive to doing any kind of light bedroom reading – unless of course, you live in one of those scary areas of town and need to keep protection close at hand. Trust me, tossing this dictionary at an intruder is the equivalent of using a bowling ball except with very sharp corners – that is if you can lift the darned thing.

All kidding aside, I liked the story’s premise, and for the most part, the author’s telling of it. For me, the main issue were the passages between the action. I see them as buffers which help transition the reader from one scene to the other; ones which move you along through the book and set the tone so that you float comfortably through the narrative. I cannot say exactly why, but I never felt comfortable reading this novel. It just didn’t flow smoothly enough for my liking. As I stated earlier, I found myself struggling (or flipping ahead) to get through the book.

For this reason, I am giving this book 2 stars, as I never felt like putting it back on the shelf and leaving it there; I always went back, hoping it would get better.

Would I read it again, perhaps to give it another chance? I doubt it.
Will I ever read Fowles again? Yes and in fact, I am.

You see, I may give up on a book, but not the writer. I believe everyone deserves to be evaluated for more than just one aspect of themselves, or their work. Don’t you?

And the question arises: what is the story of a life? A chronicle of fact or a skillfully wrought impression?

The Stone Diaries by Carol Shields tells of the life of Daisy Goodwill. It is a fictional autobiography, which at times, seems more like a biography. This is due to the fact that the narration shifts continually from one point of view to another. At first, I found this confusing. But I gained a better understanding when reading an interview with the author. As she explains:

“I wanted to have a lot of other voices filtering in and out, representing Daisy’s fantasies of what other people imagined about her. We all wonder how other people see us, and Daisy is no exception.”

When we attempt to describe, or more to the point, define ourselves, how is it that this is accomplished? Is it easier for us to do it in the first person, or try to be objective and write it as if we were simply an observer?

The author has chosen to use both methods. For example, here is Daisy writing about “Daisy”:

The acts of her life form a sequence of definitions, that’s what she tells herself…Sometimes she looks at things close up and sometimes from a distance…Still, hers is the only account there is, written on air, written with imagination’s invisible ink.

This is what makes the narrative so intriguing. It is not simply Daisy’s life we learn about; it is her mind, her thoughts, as they drift through her memories picking out the good and the bad, relating them as one women’s story; her journey towards self-discovery. I was particularly struck by the following passage:

She enlarges on the available material, extends, shrinks, reshapes what’s offered; this mixed potion is her life. She swirls it one way or the other, depending on…the fulcrum of desire, or of necessity.

I cannot say whether or not Daisy Goodwill ever found what she was looking for. Carol Shields creates a story that is very realistic in its intent, but she did not develop a character I could grow close to and learn to understand. However, as Daisy never truly knew herself, it would be presumptuous of me to think that I could do any better.

For me, this is a book about exploring one’s life, and self, in order to determine the meaning behind both. And even though I could not connect with the person of Daisy Goodwill – her story and the way in which it is written, challenges me to think of my own life, and more importantly my place in it.

I am giving this book 3 Stars and a strong recommendation.